I received an e-mail from Charles Perry:

“We were from Oakland Ca. There was Ralph Hollis, now deceased, Cornelius Weekly, Robert Lee Herring, AC Herring, later replaced by Dickie Wanzo as AC Herring went the navy, and myself, Charles Perry. There was a time that we were just the four of us as we did not have a replacement for AC Herring. When we made the recordings we had Dickie Wanzo replace AC Herring.

We started singing on the street corner in the neighborhood we lived in. We started performing at local dances and parties at UC Berkeley. A friend of mine, Ken Worley had a brother Mickie Worley who knew Lee who had a recording studio in Santa Clara, Ca. and he (Lee) was looking for a group to make albums to sell in Woolworth stores and these recordings were of other group's songs, they sold for 99 Cents each. In return Lee got us a recording deal with Gary Paxton in Hollywood Ca. We recorded three songs that weekend, Geneva Twist, There's a Fool Born Everyday, and Big Shot. Robert Lee Herring sang There's a Fool Born Everyday, and I sang the other two songs, Big Shot and Geneva Twist. 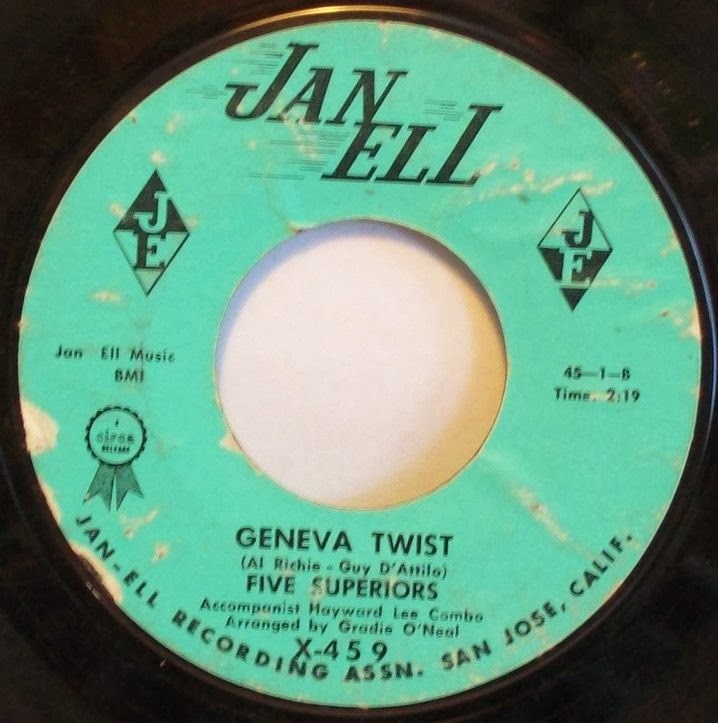 As for just four of us in the pictures, this was right after we made the songs and Dickie Wanzo was not with group. I was the youngest in the group, I was 16 years old at the time. The other members were 17 and 18 years old at the time. After doing some local TV appearances some of the group members got married and we accomplished what we set out to do, record a record, we went on with our lives.”

Thank you very much Charles!

)
There's A Fool Born Every Day