“Chatta” Johnson was a beautician and the shop he owned was called “Antoines”. They practiced there and named their group for it - the Antones. In 1956 they met manager Athena Dallas, who knew Sid Nathan of King Records and Ahmet Ertegun of Atlantic. The Antones recorded masters for Nathan and Ertegun but nothing ever came out of them. In October 1956 they traveled to Wheeling, West Virginia, to record for Black Crest Records. They recorded their first two sides for them, “Jenette” and “You Are The One”. 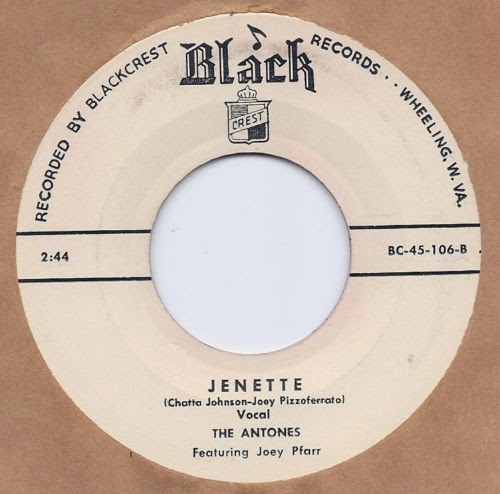 In November, they returned to Black Crest for two more sides. Pizzoferrato changed his name that time to “Ferra” and later on to “Farr”. The first release for Black Crest did well locally. But there was trouble between the group and label management, and the Antones asked for their release and for their unreleased masters. Finally, in January 1957, they were granted the release as they had requested. 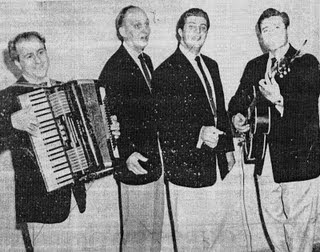 In early 1957, “Chatta” Johnson was eased out of the group due to a personality conflict with other group members. He wasd replaced by Sam Ciafardone. This occurred just prior to their second Black Crest recording. In 1957, because of internal disputes, the Antones broke up.
Mitch Rosalsky
(Encyclopedia of Rhythm and Blues and Doo-Wop Vocal Groups)

You Are The One

All Of My Life
Eingestellt von krobigraubart um 13:23